This is the final installment of a five-part series detailing the most under-covered stories of 2016.

#2: The defensive shift is a fantastic creation, and it might soon be going by the wayside

According to Vin Scully, the defensive shift has been around since 1877. The frequency with which it is presently used is extremely high, and the frequent use of the shift is relatively new, but the shift is not a recent creation.

I personally love defensive shifts, and while I hate when Mets players roll over ground balls directly into the shift, it’s extremely satisfying to watch guys drop bunts down the third base line for singles and hit through the shift. Beating the shift has become an art form. It’s even gotten to the point that infield defenses are shifting over against righties; Alex Rodriguez had to face three players on the left side of the infield in a portion of his at-bats this past season.

My philosophy is this: teams are trying to win games. If shifting their defense gives them the best chance of doing that, why not shift? The only negative of shifting is if the guy slaps the ball the other way, then he has a higher likelihood of getting a hit. Aside from that, it’s generally a good strategy to limit grounders getting through the hole between the first and second basemen. And the shift ultimately should make hitters more well-rounded; players need to learn how to hit the opposite way better and earlier in the league, which may mean that we have a generation of shift-beaters in the wings.

Those shift-beaters may never get to show off their skills, though. Rob Manfred, when he assumed office at the beginning of 2015, said he would be open to the idea of banning shifts. After he said that, sportswriters and fans obviously took their sides, but the whole ordeal was mostly blown out of proportion because it was still before spring training had even started and people needed some baseball news to talk about. The talks of banning the shift had died down to a degree, but the fire was reignited when, this past August, Yankees manager Joe Girardi said that he wanted the shift to be banned.

Girardi likened playing defense in baseball to playing defense in basketball, saying: “It’s an illegal defense, like in basketball. Guard your man, guard your spot.” There are so many things wrong with this quote, but the first is that, aside from the pitcher and the catcher having assigned spots, the other seven players can be anywhere on the field behind the pitcher. Four infielders and three outfielders has been convention, but what’s preventing managers from playing five-man infields or four-man outfields? Absolutely nothing. Is bringing a fifth defender into the infield in the bottom of the ninth in a tie game an illegal defense? No, and I’ve never seen a manager complain about another team employing that strategy.

Hopefully we never see the shift go away. If the shift is like anything else in sports, there will be a period of time for which it is the pervasive strategy and has a high rate of success, and then there will be a period of time when people figure out how to beat it. I look forward to when hitters will be able to go opposite field with ease. If some managers want to eradicate the shift, they should get their players to focus on hitting the ball to the opposite field with consistency. Yes, it’s that simple. 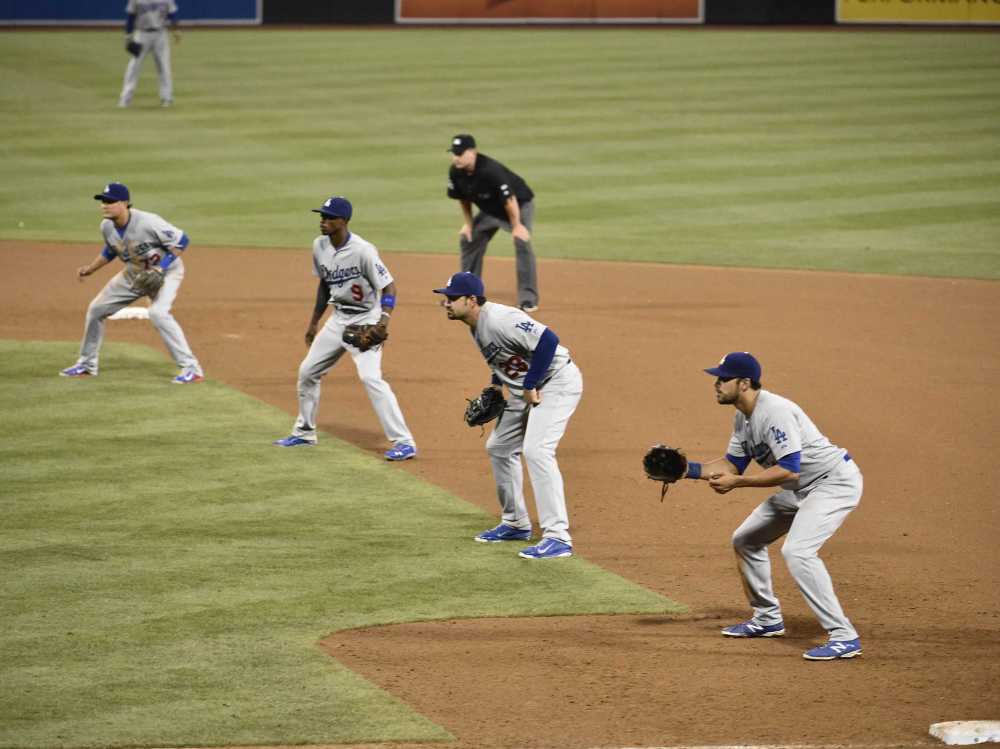 #1:  The Astros are poised to be a perennial title-contender for years to come.

In 2014, Sports Illustrated declared the Houston Astros “Your 2017 World Series Champs” (it’s a fantastic read and I highly recommend you read the entire piece). Obviously the job of a sports magazine, or any magazine, for that matter, is to sell issues, so it’s understandable that SI made such a definitive claim on the cover of their magazine.

Here’s the interesting part: the 2017 season is fast approaching and the Astros are built for success right now. They don’t get a lot of love, though, and that’s because they finished 3rd in the AL West in 2016 after losing in the ALDS in 2015. Not exactly the direction a franchise that’s built to win now wants to be going.

That being said, I think the Astros missing the playoffs was mostly a fluke. For starters, Houston’s pitching staff got pretty unlucky in terms of ERA this season; their team SIERA (a predictive ERA estimator, more here) was 3.83 and their team ERA was 4.06 (Fangraphs). In short, this means that the Houston pitching staff gave up about 1/3rd of a run per 9 innings more than they should have. This doesn’t seem like a lot, but this means that over the course of about 12 games, they gave up about three more runs than they would have with a league-average defense and league-average luck on balls in play. Three runs is a huge difference, especially considering that 53 Astros games this season ended with only a one-run difference between the Astros and their opponents (the Astros were 28-25 in such games). This is reflected in their team BABIP (batting average on balls in play) against; Astros pitchers combined for the fifth-highest BABIP against in the league, which is a result of a combination of any number of things, but probably chiefly results from bad luck.

From a hitting standpoint, the Astros were not spectacular last year, but they were definitely solid. They struck out a lot (4th-most) but also walked a healthy amount (6th-most). The team also was in the top third of baseball in both line drive percentage (line drives go for hits about 70% of the time) and hard hit percentage (Fangraphs). Obviously a team that is in the top-5 in the big leagues in strikeouts is going to have to rely a lot on the long ball because getting a rally started will generally be more difficult, but we can see that they were not doing everything wrong.

From a non-sabermetric standpoint, their 2017 team is stacked. This is a preview of what their starting lineup could look like this upcoming season (click here to see their 25-man roster):

Brian McCann, 7-time all-star is hitting sixth. That should give you an idea of how deep this lineup is. And that doesn’t even include bench guys like Cuban slugger Yulieski Gurriel, Colin Moran, (the Astros #7 prospect), or Teoscar Hernandez (#8). They also have prospects very close to the majors like 20-20 threat Derek Fisher (no, not that Derek Fisher) and third base slugger J.D. Davis.

Now to pitching. Their rotation figures to be some combination of the following pitchers:

And that doesn’t even include their ridiculously stacked bullpen, which features fireballing duo Ken Giles (career 12.6 K/9) and Michael Feliz (13.2 K/9 in 2016).

They also have a very deep farm system which should keep their MLB roster supplied with talent for years to come. I already mentioned Musgrove, Paulino, Bregman, Hernandez, Fisher, Davis, and Devenski, all of whom have between five and six years of team control left, but that only scratches the surface of their farm system.

Each of the Astros’ top 5 prospects sit in the MLB top 100 (the average team has around 3), and their #1 prospect, Francis Martes, who profiles as a #3 starter or elite reliever in the majors, sits at #29 overall. The Astros also have first-round outfielders Kyle Tucker and Daz Cameron (son of elite outfielder Mike Cameron), both of whom figure to make it up to the big leagues at some point in 2019 or 2020. Their prospect pitchers include Forrest Whitley (#69 overall prospect) and Franklin Perez, who has a 10.5 K/9 in two minor league seasons.

Their pitching will continue to be really good, it’s just their hitting that needs to come around. If the hitting shows up in 2017, which I fully expect it will, the Astros should have no trouble giving the Texas Rangers (who finished an MLB-record 36-11 in one-run games in 2016, a trend that is surely unlikely to continue) a run for their money in the AL West.

That does it for the most under-covered stories of 2016. Thanks for reading.

Max Brill is a junior at the University of Michigan — Stephen M. Ross School of Business. Max has worked for the New York Mets as a Player Development Intern and the Yarmouth-Dennis Red Sox of the Cape Cod Baseball League as a beat writer. He is also an analyst for the Michigan Baseball Team and a Communications and PR intern for Michigan Athletics. Max was born and raised in the greatest city in the world, New York City, and is a die-hard Mets fan. He is the creator of Musings of a Baseball Addict. How to contact Max: Email: musingsofabaseballaddict@gmail.com Twitter: @metsfanmax
%d bloggers like this: